The recreational red snapper season opened June 17 in Gulf state and federal waters off Florida, with Florida Fish and Wildlife Conservation Commission officers patrolling waters to make sure anglers keep their catch sizes in line with fishing regulations. Recreational anglers will be able to harvest no more than two red snapper per day in state and federal waters in the Gulf of Mexico, which extends from shore out to nine nautical miles or 10.2 statute miles out to sea. Gulf state waters extend from shore out to three nautical miles offshore; federal waters are from three to nine nautical miles offshore.

The facts about the red snapper.

True to its name, red snapper has a bright red coloration on top, while its bottom is white or silver. Growing up to 3 feet in length and weighing as much as 46 pounds, it’s a favorite meal for deep-sea fishing enthusiasts in Destin and other spots along Florida’s Panhandle. In fact, recreational red snapper season starts June 17 in Gulf state and federal waters off Florida. It will run through Sept. 30. The commercial season lasts until Oct. 31. According to statistics from NOAA Fisheries Service, anglers caught more than 6 million pounds of red snapper in 2016 – an increase of more than 1 million pounds over 2015. The record was set in 2013 when anglers caught nearly 7 million pounds of red snapper. As always, check your local fishing regulations before heading out onto the water! 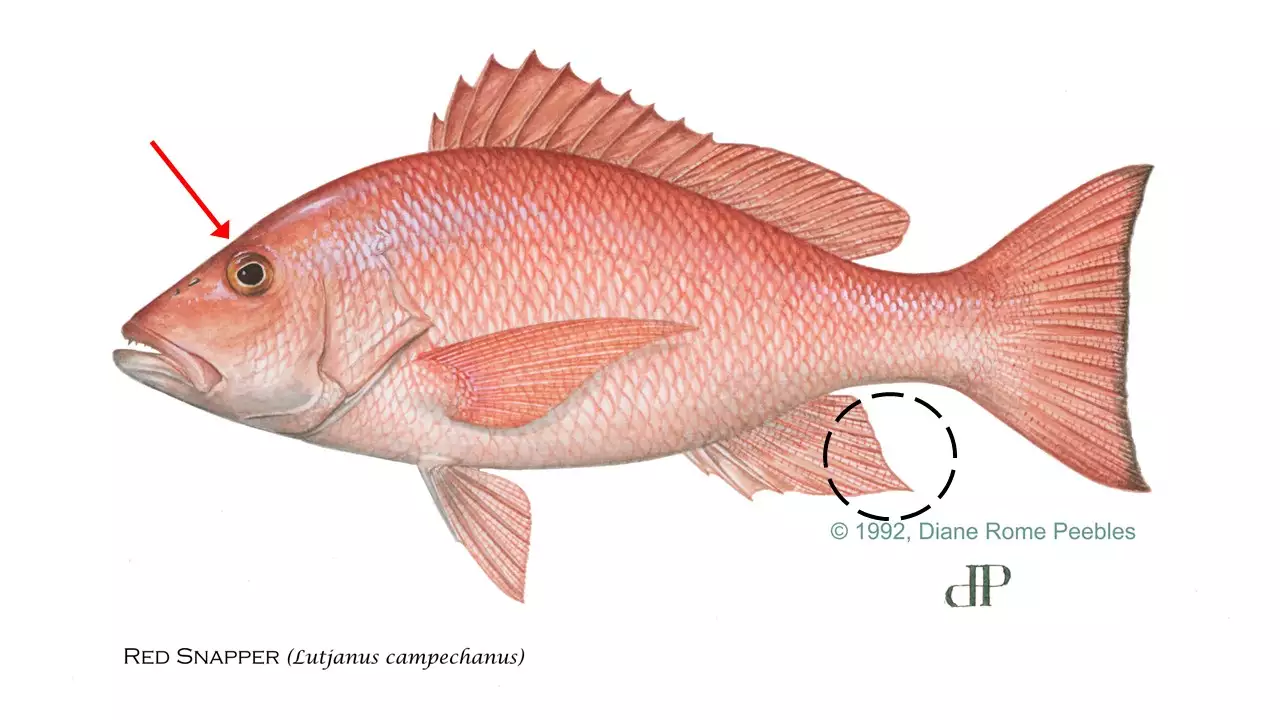 Where you can catch Red Snapper.

Destin and other Gulf Coast communities have several charter fishing operators that offer fishing trips in Florida waters for different types of fish, including red snapper. It's possible to book a charter for deep-sea fishing for as little as $100 for a day, but prices vary depending on when you go and where. For example, some Destin fishing charters run from mid-March through mid-October and cost an average of $25 per person per hour. The big draw is grouper, snapper and sharks; you might also catch barracuda, king mackerel, or even amberjack if you're lucky. Charter boat captains take customers on full-day trips that last up to six hours and cost an average of $125-$200 per person plus tip. Now that recreational red snapper season has opened off Florida’s coast, it’s time to think about what kind of equipment you’ll need to succeed. Even though many people use their own boats, it can be more convenient (and less expensive) to charter one instead. With so many options available, here are some things to consider:

What fishing charter to use.

When you can fish for them.

How much does it cost?

Chartering a boat to catch red snapper typically costs about $1,500 a day. Of course, that doesn’t include food or bait (another $100), and it doesn’t mean you won’t be fishing in crowded waters with other charter boats all trying to reel in a limit of snapper. Many charters put customers together on one boat to reduce costs, and some even combine groups from more than one party. This is where having a group willing to split costs comes in handy. Many snapper anglers head out in parties of four to get their money’s worth while still having plenty of room for fish—and lots of bait.

Destin Fishing: All You Need to Know | FishingBooker